Toward The End of Plastic Issues: A Plastic-Munching Moth

Plastic has become a serious issue across the globe. All possible measures are been taken such as banning plastic bags in few cities and even scientists have  come up with many alternative solutions such as biodegradable plastics or plastic made from shrimp shells. However, these alternatives are yet to be establish in the market.

There are many discoveries that have been just accidental. One more such discovery has come up with the hope of a solution for the increasing plastic burden around the world. Yes, the researchers have, by chance, discovered that an insect larva has the potential of breaking down plastic. And, probably, this new discovery can motivate scientists to come up with a chemical method to address the rising issue of plastic waste. And now, the scientists are thrilled by the hope of coming up with a biotechnological approach to the plastic waste that throttles rivers, oceans, and landfills. 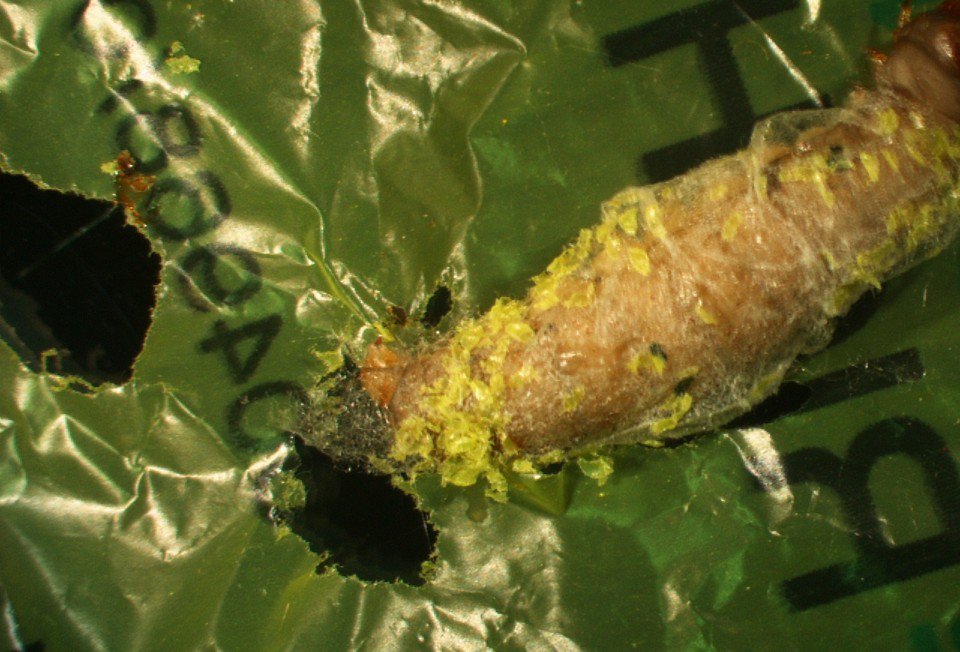 Beekeepers are well-known about the larvae of the wax moth, also known as Galleria Mellonella. This brave insect has the daring of laying its eggs inside the hives of the bee, where they hatch and survive on beeswax. Federica Bertocchini, co-author of the study, Spanish National Research Council, is an amateur beekeeper. When she was taking out the caterpillars from the honeycombs, she noticed that in less than an hour, the plastic bag utilized to keep these parasitic pests was full of holes in them. Then she decided to further investigate this and took on Paolo Bombelli to help out, who is a biochemist from the University of Cambridge.

In a trial, 100 caterpillars were exposed by the team to a plastic polyethylene bag received from the supermarket. The team could witness the holes just after 40 minutes and after 12 hours, almost 92 mg of plastic was reduced by the larvae. That’s amazingly rapid, isn’t it? It is rapid than the previously reported plastic-munching bacteria that have the potential of biodegrading plastic at the rate of 0.13 mg/day. The caterpillar has not evolved to eat plastic but it is just their wax-munching ability that has also worked on the plastic.

Next, the team is trying to recognize the molecular processes involved in this reaction and also isolate the enzyme that is responsible for it.